If you knew, you’d drive a SUBARU

If you knew, you’d drive a SUBARU

We recently completed a major project for Subaru WA & SA promoting the Subaru Impreza. Our creative team worked tirelessly to meet a tight deadline to be on air across almost all the TV Channels in WA & SA for February. The shoot took place over 2 days, with overt 20hours spent on set in a specialised studio built to accommodate a vehicle.

The production team had an editor on site to review the footage as it was being shot, so we knew we were capturing quality footage for post-production.

Here is a time-lapse of the first day’s shooting:

Stills taken on the day were then edited in Photoshop for use in the Press, the Subaru Website and on the back of Transperth Busses. We’ve put together 2 animations showing the layering done in Photoshop. VIEW IMAGE 1 | VIEW IMAGE 2 (Please be patient as these animations are approx. 1mb each).

After the first day’s test footage was shot, the Production Crew set to building custom Light boards and reflectors as well as a massive parachute to enclose the top of the studio – giving us total control over the lighting conditions. The camera operator was also dressed entirely in white, and the steady-cam was also covered in white tape in order to minimise reflections. The filming proceeded exactly to schedule, other than a brief interruption from English Cricket Team Captain, Eoin Morgan, who was on site for a Photo shoot and interested in the goings-on in the studio next door!

On completion of the second day of shooting, the post-production team began editing together the footage and hand-processing over 700 frames to isolate the Impreza on the white background, giving an endless white look to the commercial. In a marathon 24 hours of post-production, the TVC was complete! If you’re interested in just how much work goes into the post-production of a TV Commercial, view the below time lapse of our editor’s computer screen while he worked on the project:

The completed TV Commercial went to air the next day, with positive comments from Dealerships and Subaru – we look forward to seeing encouraging sales data in the coming weeks. 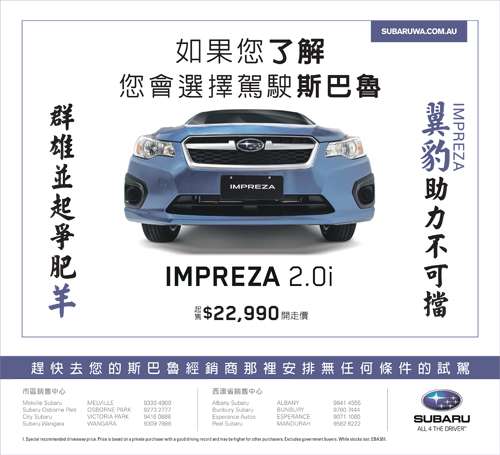 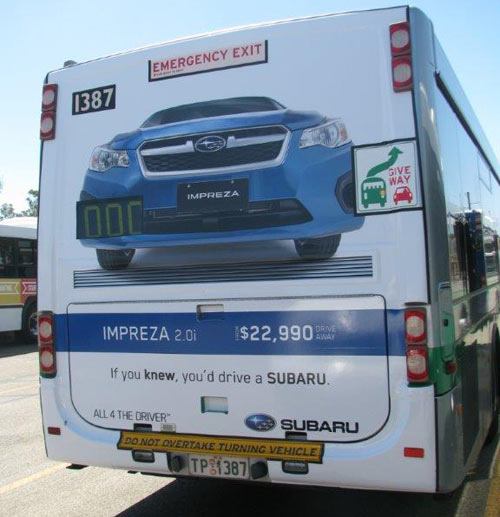