We presented a detailed storyboard that reflected the core values and concept of their “Friendly Wrexy” idea. The concept was based on Wrexy helping around the dealership, interacting with customers and generally representing Melville Subaru as a family friendly dealership. We also pitched a concept of our own which incorporated Wrexy but in a different light. The second concept was sexy with a hint of mystery allowing “Wrexy” to still be involved but in a different role. This concept allowed for the cars to be seen away from the idea of a mascot and speak for themselves. Subaru DNA was developed as the concept tag line and we presented a more refined and high end commercial.

After pitching both concepts to the dealer principal they chose our option of a sexier sleeker campaign that leaves space for an adaptation of the friendly Wrexy character to follow, with the potential of a second TVC and in-dealership looping video.

Melville Subaru have since received feedback from the Australian Head Office declaring the TVC “The best dealership commercial they’ve ever seen”.

The first thing we do is sit down with our client and discuss the concept, sometimes the client has a strong vision for how they want their TVC to look, and wanting to ensure the message is not lost. At The Marketing Mix we have the ability to give the client above and beyond their expectations, we present options that capture our client’s desired concept and message accurately. Always thinking outside of the box The Marketing Mix are dedicated to creativity and individuality.

Combining all aspects of production from concept to location scouting, creation, editing and broadcasting – The Marketing Mix team maintain your artistic vision and company values. We work closely with other industry professionals ensuring the best quality results- from photography to graphic design and production, The Marketing Mix are an all-inclusive service.

With glowing customer reviews our creative team are more than up to the task of creating a masterpiece, ensuring your concept comes to life in the most effective way possible. With all elements covered from creativity to marketing and cross-media advertising, The Marketing Mix are able to consciously control every component of your TVC campaign taking it beyond your expectations, ultimately strengthening your consumer image. 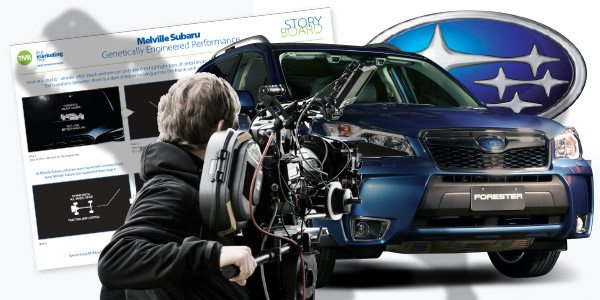